Why I will always return to Paris 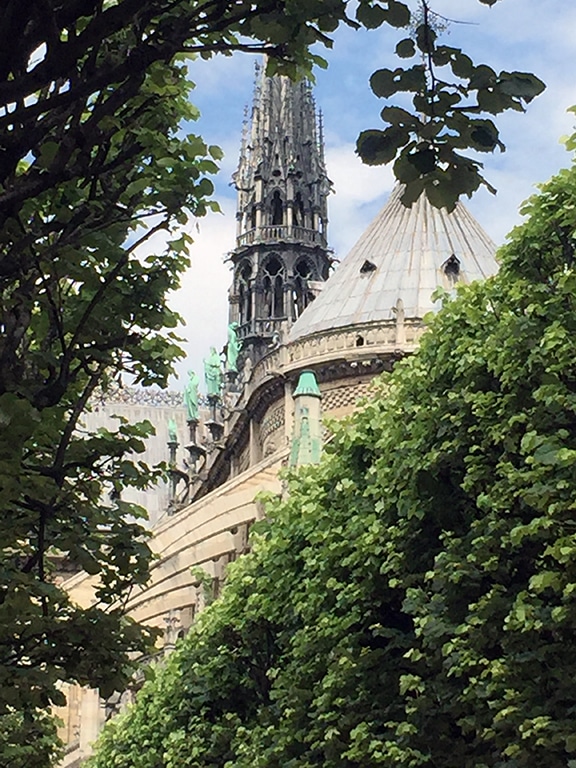 Sitting in the morning sun, sipping a cafe creme and delighting in the taste of freshly made croissants, I reluctantly said goodbye to Paris for the third time and sat wondering when I would get the chance to return once more.

A sense of sadness overcame me, I had grown to love this amazing city for all its beautiful architecture, its general ambiance and for the great people I had met on my journeys here.  Walking the streets in Paris has become one of my favourite things to do. I could very easily live here I thought if only my family and friends were closer.  Thoughts of my encounters with strangers wafted into my consciousness and I smiled to myself. I remembered vividly one of those chance encounters from my first visit to Paris.  It was very early in the morning on my first day there.  After a long flight from Australia, I had retired early the night before and had awoken before sunrise.  I was staying at the Relais Hotel Vieux, which was once known as “The Beat” hotel, it is situated in Rue Gît-le-Cœur. Once home to artists and musicians, this gorgeous boutique hotel was originally built in 1480. The hotel has a warm and welcoming feeling, wrapped in a sense of history. Rue Gît-le-Cœur, is a narrow medieval street that was named during the early seventeenth century by Henri IV, the first Bourbon King of France. Popular local legend has it that the King’s mistress lived on the street. It is said that the King passed by one day and remarked “Ici git mon coeur” (“Here lies my heart”).  Legend or not its a gorgeous story and a gorgeous street lined with history.

I was desperately in need of a coffee and wanted to watch this new city awaken.

Early morning is my favorite time of the day to venture out in any new place.  Its the time of the day when you get to see the locals getting ready to start their day. Watching a city or town wake up gives you a real sense of the place you are staying in, without the crowds. Like many European cities, in Paris very few cafes open very early in the morning and unlike a lot of places in the world it is not overrun with the likes of 7 Eleven, so finding an early morning coffee can be a challenge.  The concierge at my hotel had given me directions to one of the few all-night cafes open in the Latin Quarter. At the entrance to the cafe, that had a lovely place to sit outside, I was greeted by a tall dark handsome maitre d’hotel.  He seemed somewhat bemused by the appearance of a little blonde Australian so early in the morning.

It was obvious that for both of us French was our second language and he was full of questions about where I was from, why I was alone in Paris and quickly nicknamed me la petit Kangaroo.  The cafe was filled with a mixture of people, some obviously still on a night out.  Seated quickly and in no time I had a plate piled with the most amazing sweet crepes and a cup of my favorite beverage. With constant stares and smiles from my new friend, it wasn’t long before other people around me started to chat with me and I had the feeling I was part of a little community of regular visitors to the cafe. A young couple sitting at the table adjacent to me asked me to join them.

They were happy to practice their English skills and what evolved was an interesting conversation involving contemporary world issues and what it is like to live in France and Australia, spoken in broken English and French.  The conversation flowed in this beautiful mixture of French and English and I could tell that Jon and Adelle were enjoying learning about my home as much as I was enjoying learning about theirs. The French love to discuss politics, art, and history.  It’s not unusual to see people in cafes reading books and newspapers, and hearing conversations about what’s going on in the world. In a world where people are obsessed with their smartphones, this is really refreshing and I particularly love that young people are reading real books there. I was suddenly snapped back to reality and the fact that I would need to make my way to the airport to catch my plane home soon, I finished off the last bites of my croissant and called for l’addition sil vous plait.  As I stepped into the taxi that would take me to the airport, I thought it’s not goodbye Paris its see you again soon.  Who or what could ever keep me away from this place? From walking along the Avenue des Champs-Élysées, to getting lost in the back streets, buying fresh food from the local markets,  exploring historic sites, escaping the tourists and discovering the character and charm to be found in the different arrondissements in Paris it is easy to get absorbed into this city.  Being surrounded by history, art, places to photograph, my favorite foods, the nuances of French culture, and conversation with new acquaintances, this is why I will always return. 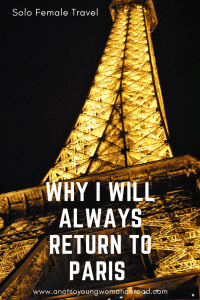 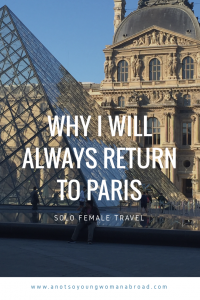