Marseille – A story of men on my travels 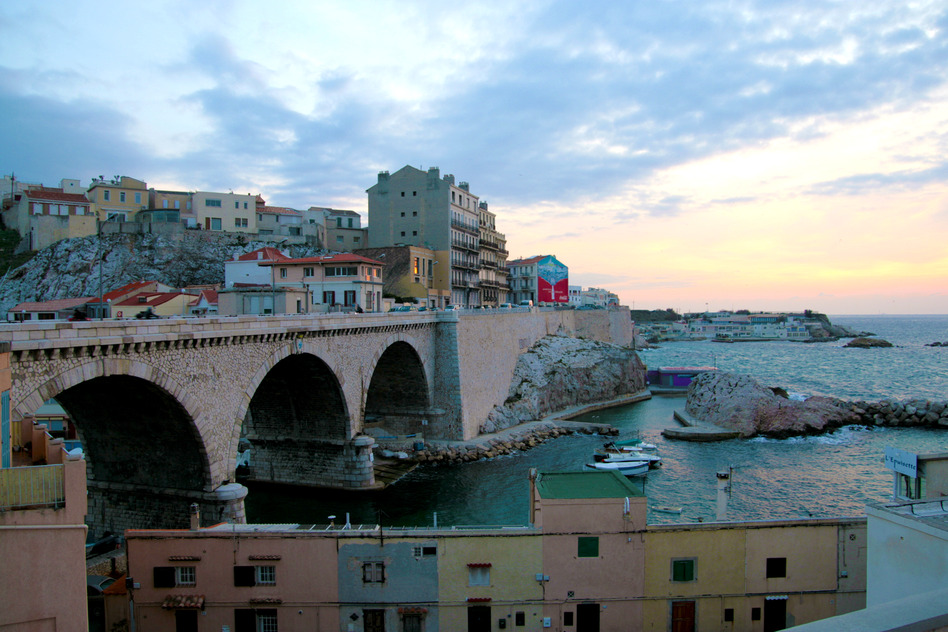 It was a glorious spring afternoon when my train from Lyon arrived in Marseille France.

The sun was shining and being a weekend people were out and about enjoying a break from the cold weather.  Many people had told me that Marseille might be a bit too ‘cosmopolitan’ and ‘edgy’ for a woman travelling on her own.  But cosmopolitan and edgy is one of the most compelling reasons for me to travel to any destination.  I proceeded to walk to my hotel which was situated at Vieux Port (Old Port) on the edge of the Mediterranean sea. 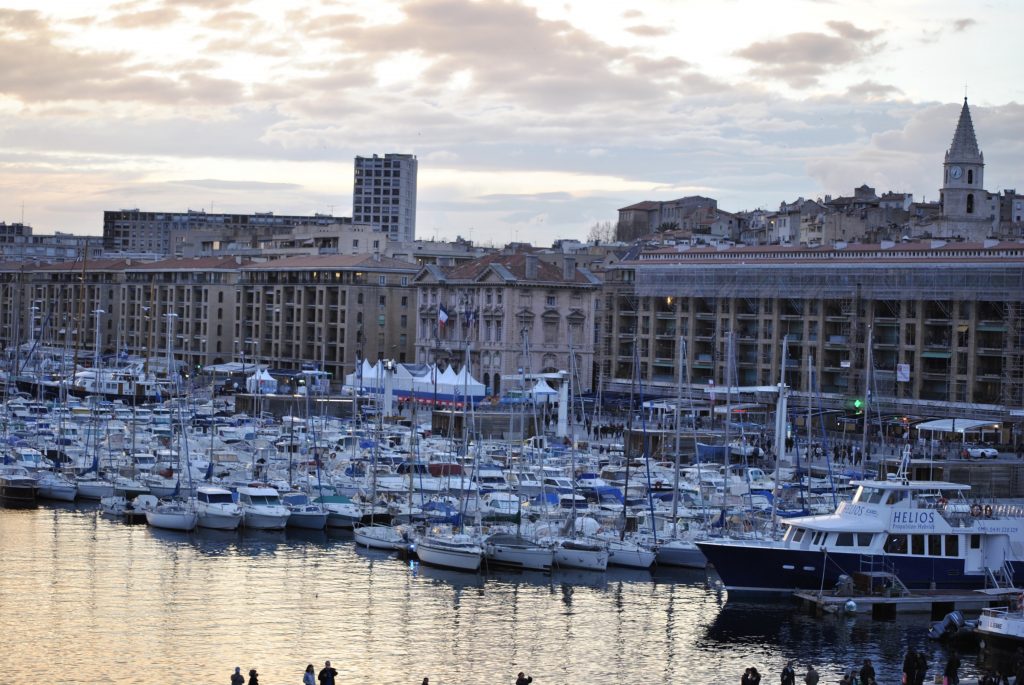 After meandering down to the hill through the streets filled with the sounds and smells of a different place, I arrived at my accommodation and settled myself in.  The view from my hotel window was of the port.  It was magical and the sun seemed to dance on the water.

In France, like many countries, people come out when the sun shines.

There were people out and about around the port so I decided to go for a walk.  My stroll along the docks had taken me past some men fishing.  I checked out what they were catching and went on my way once more.  There is an amazing old fort at the end of the docks and I decided to take a closer look.  The ancient walls that lined the Mediterranean had little cut-outs where young lovers were kissing. 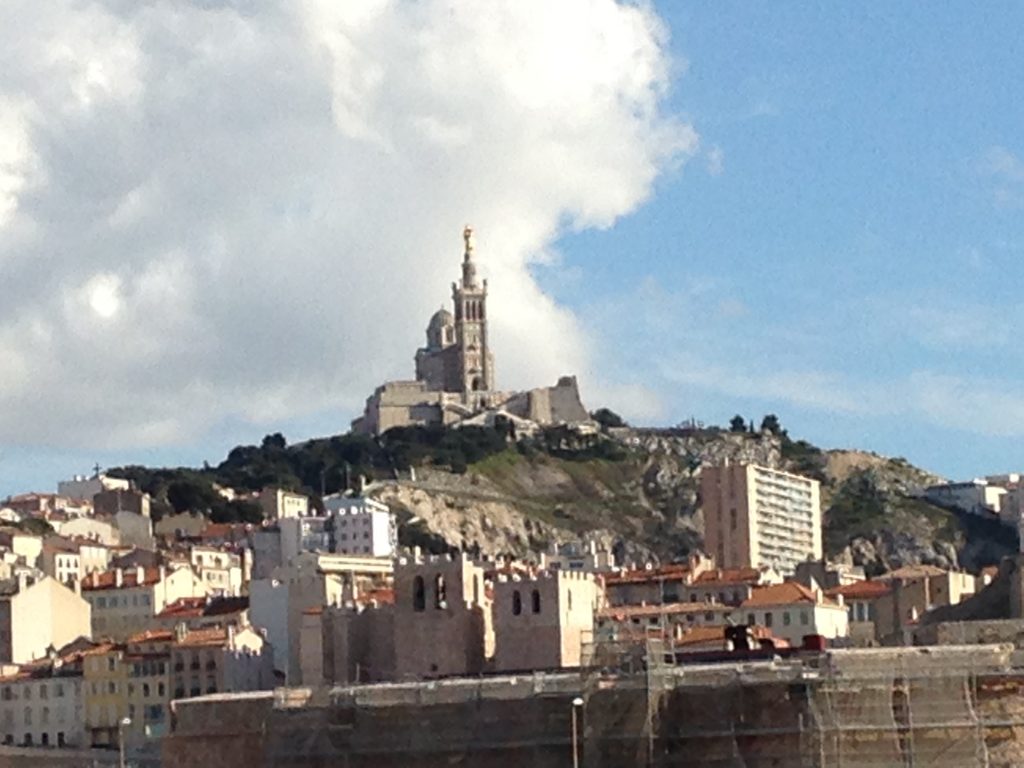 I am always alert of my surroundings when travelling alone in foreign places and I noticed a man (one of the men that I had previously seen fishing off the wharf) in my peripheral vision.  I kept walking and noticed that there were fewer people about the further I ventured.  Knowing that this man was following me I decided to turn around and make my way back.  The man smiled at me as I walked past him, he seemed pretty harmless. 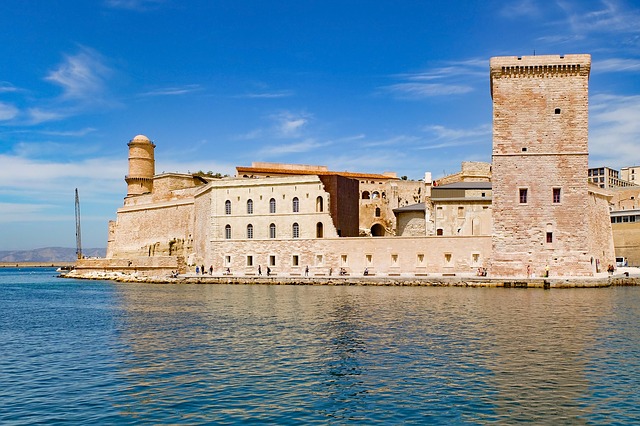 Now Aussies are a pretty friendly bunch and we like to smile and make eye contact with people.  Soon the man had also turned around and was now at my side.  He asked me if I spoke French, to which I replied Oui (Yes).  We started having a little chat about how beautiful the day was and I asked him if he had had much luck catching fish.  Not long into our conversation this forward and very cheeky Frenchman, asked me if I would like to go behind Fort Saint Jean with him.  Non Merci Monsour!  I replied.  He then proceeded to tell me he was an excellent lover to which I replied “thanks very much but I have one of those at home”.  I made my way back to my hotel.

The next day was a little cold and rainy and I decided to check out some of the shops.  After a while, I found myself in the shopping mall not far away from where I was staying.  The mall had seen better days and was littered with closed shops.  All part of the experience!  An older gentleman gave me a smile and because he seemed much older than me I smiled back at him.  Oh there’s a shoe shop!  I decided to go in for a look.  I turned around and the gentleman that I had just encountered had followed me into the shop.  I found a nice pair of ballet slippers that I just had to have, and was chatting to the shop assistant.  She was talking to the man and I thought she must think this man is with me.  I made my purchase and headed out the door, followed hot on the heels by the stranger.  He stopped me and asked me if I would like to go to a restaurant for lunch with him.  Non Merci Monsour! 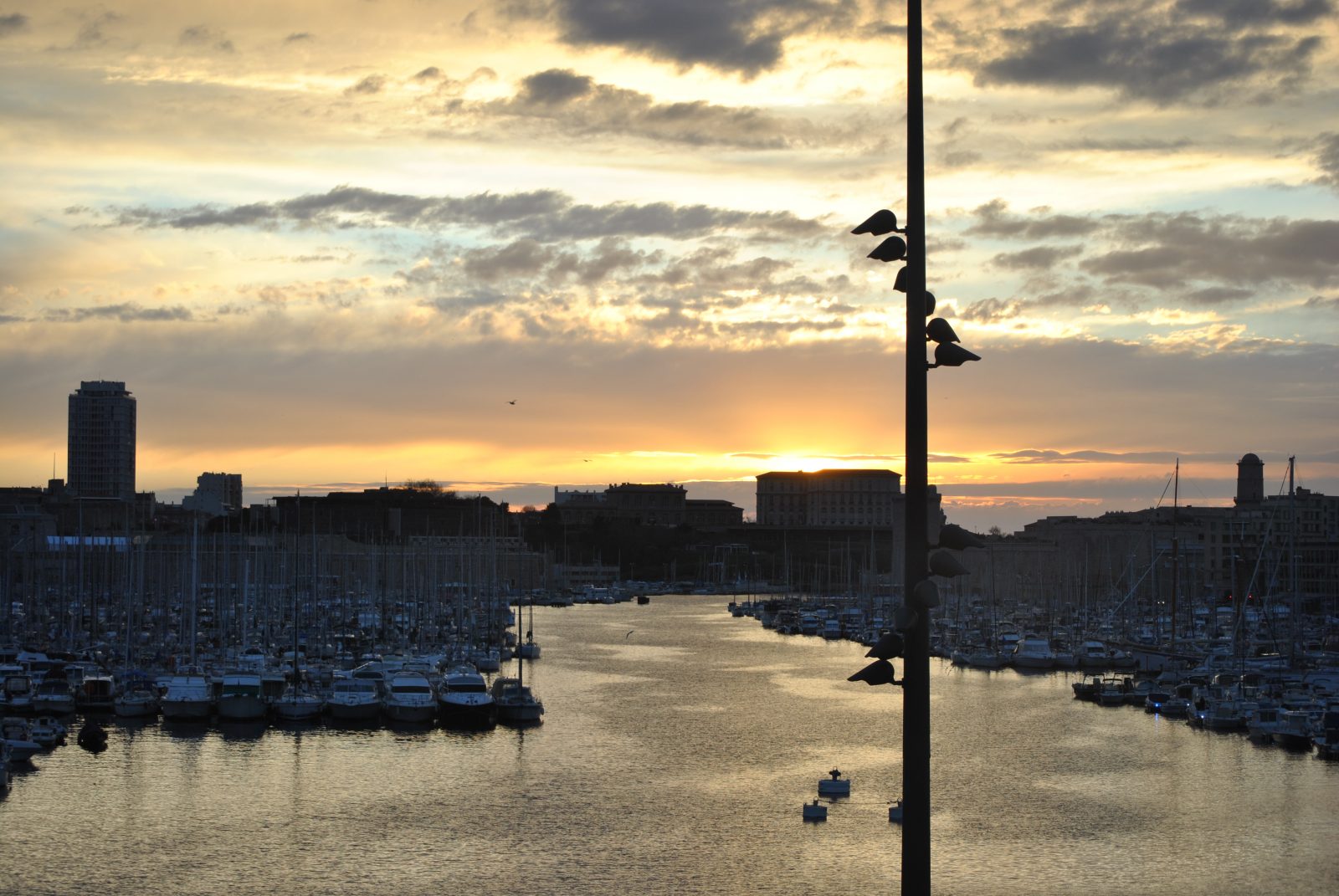 Back in the safety of my hotel, I had a giggle and asked the people at reception, What is it with the men here,  I’m not a young woman and I am receiving a whole lot of attention from men.  The young man at reception said to me “take a look around and see how many blondes there are in Marseille, men will approach you all the time unless you cover your hair with a scarf”.  So that was it.

Marseille is the second largest city in France and being one of the oldest cities on the Mediterranean it is populated  with people of different ethnic backgrounds.

Because of this, the food there is amazing.  From traditional French to North African and European cuisine you are bound to find something to appease your tastebuds.  Fresh fish and other seafood is a must do if you decide to go to Marseille.  The restaurants that line Vieux Port provide an array of different cuisines, reflecting the different cultural and enthnic histories of the people who live in Marseille. Just wonderful. 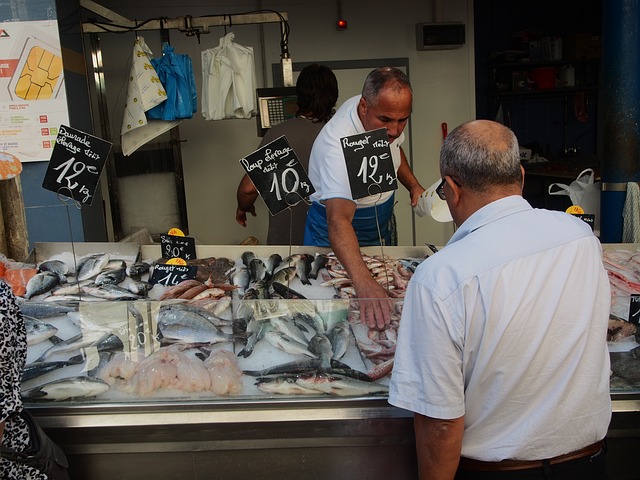 Yes Marseille has its social problems and yes it is edgy. You don’t need to go far to see a drug deal happening in the street and the sound of police sirens scream out at you, but as long as you don’t venture out too far at night time and remain aware of your surroundings it is a great place to visit.  There is so much to see from the wonderful architecture to art and history. If you’re up for an adventure there are some fabulous day trips to take from Marseille. Spend a day or two exploring the Camargue or venture out to Aix au Provenance. With Marseille as your base you can’t go wrong in the South of France.

Just remember to wear a scarf if you are blonde to avoid unwanted advances. 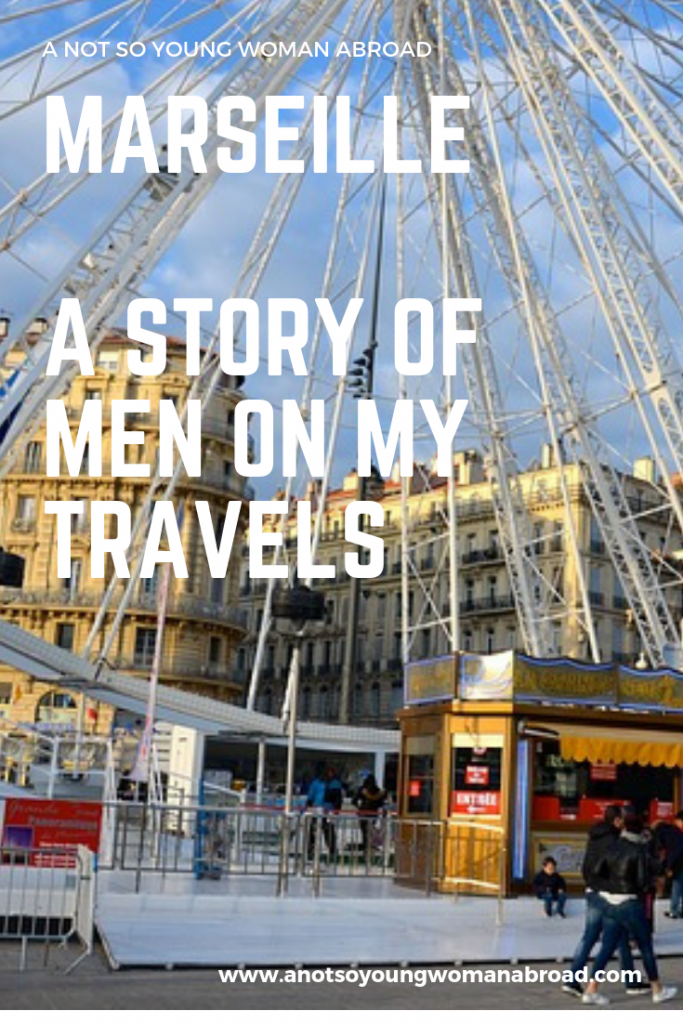