Iconic Architecture to inspire your travels 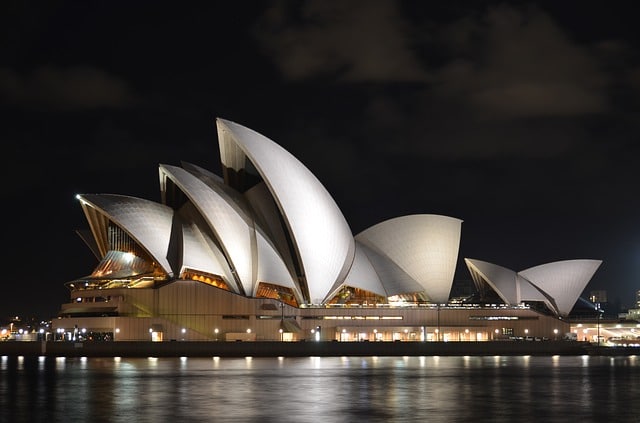 Exploring a different country’s architecture is one of my favourite things to do on my travels.

Architecture tells the story of a place. It portrays history and paints a picture of how people live now and in the past. Seeing the architecture of different communities is part of the cultural experience, just like trying the food and meeting the people. Ancient architectural structures often served the dual purposes of consolidation of power and security while serving as places for pleasing the Gods.

Architecture has evolved as an expression of art.

Public buildings throughout history have been designed for both form and function. A reflection of unique times in history. Interiors and exteriors of many buildings were developed to display the art of different eras.

10 Iconic Buildings to inspire your travels

Opened in 1973, the Sydney Opera House is one of the 20th Century’s most iconic buildings.

Completed in 1996 and previously known as Fred and Ginger, the Dancing House’s architecture stands out in a city of Baroque, Gothic and Art Nouveau architecture.

Built in the 15th Century as a palace for the Ming Dynasty, the Forbidden City was declared an UNESCO World Heritage site in 1987.

Château Frontenac is situated in old Quebec. Opened in 1893, the Château operates as a hotel and is listed as one of Canada’s National Historical sites.

The Great Sphinx of Giza is one of the world’s oldest monuments and statues. A bucket list destination for ancient history buffs.

The Flatiron Building is a 22 story triangular building in Manhattan New York. It’s one of the world’s most iconic skyscrapers and stands as a symbol of New York architecture.

Completed in 1996, the Petronas Towers are the tallest twin towers in the world.

Built in 537AD, the Hagia Sophia in Istanbul was once a Greek Orthodox Church. A museum today, it is considered the epitome of Byzantine architecture and was the world’s largest building of its time. In person, it is awe inspiring.

The last private residence designed by Antoni Gaudi, the Casa Mila is also known as the stone quarry.  In 1984, it was designated a UNESCO World Heritage site.

Angkor Wat is a temple complex in Cambodia and considered the largest religious monument in the world. It has become the symbol of Cambodia and an example of Khmer architecture. It features on the flag of Cambodia.