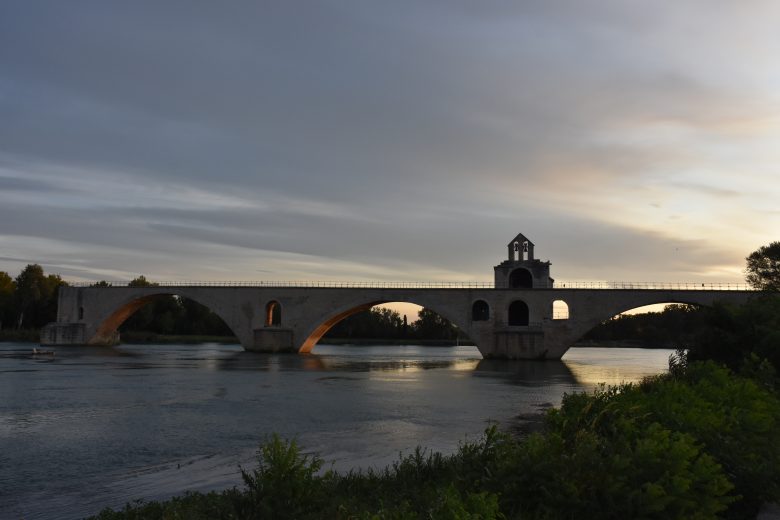 Much more than just a popular stop for river cruises along the Rhone river, Avignon is a charming city where you’re bound to find yourself swept up in its history and friendly atmosphere.

Pont Saint-Benezet being the subject of the song my mother used to sing me was what I was looking forward to seeing the most during my stay in Avignon. My mother never had the opportunity to visit it herself and just being there, made me quite emotional. I was there for my mum and I know she would have been happy about that. Getting there just as the sun was rising and when there was not another person around added to the magic of this experience.

Building of the current Pont Saint-Benezet which replaced a wooden structure was commenced in 1232. Originally the bridge consisted of 32 arches spanning the Rhône river. When portions of the bridge kept being swept away, reconstruction was abandoned in the 17th century. What remains today is still an excellent example of medieval architecture.

As the largest Gothic palace in the world, the Palais des Papes (Palace of the Popes) remains a symbol of the Christian Church’s influence in Europe during the 14th century. As a lover of architecture, standing in front of this mammoth structure which covers over 15,000 square meters, just before dawn, was truly awe inspiring.

The Palais des Papes has an amazing history. The oldest part of the building known as the Palais Vieux, was built for Benedict VII a former Cistercian monk. In 1305, Pope Clement V decided to transfer the power of the Catholic Church from Rome to Avignon to avoid the corruption and political environment in Rome. The palace later grew in size with a succession of Popes until eventually, the papacy returned to its base in Italy.

Standing in the Place de Palais in the early morning light, I marvelled in the beauty of the sun hitting the Avignon Cathedral. A magnificent Romanesque structure the Cathedral abuts the Palais Des Papes. A gold statue of the Virgin Mary sits on top of the Cathedral. You can feel the history that surrounds you and I was once again reminded that many people had stood right there in the same spot, either admiring the Cathedral which precedes the adjourning Palace and dates back to the 12th century. Nearby the local restaurant was starting to prepare for the day.

At the northern end of the Place de Palais, stands the Petite Palais which now houses a museum and art gallery. Built around 1318 to 1320, the Petite Palais houses a collection of Renaissance paintings. The building itself has an interesting history having been a Citadel and even a school house over the centuries.

Avignon’s old town centre is surrounded by medieval ramparts, which are amazing structures and hold the stories of the history of Avignon. The limestone ramparts seem to cocoon the city. They are an interesting sight in Avignon. Plenty of pigeons make their home in the ramparts.

It’s easy to see why the river cruises make Avignon a stop on their tours. It’s both charming and friendly. With the main sites within walking distance of each other the centre of town is busy at intervals throughout the day. Little craft stalls, restaurants and shops line the main squares and streets of the old town. Once the tourists return to the boats and the streets become less crowded, Avignon’s charm seems to come alive.

The apartment I stayed in for the two nights I spent in Avignon was situated in one of the little streets in the heart of the old town. Being able to stay a few days meant that I could spend some time getting lost and finding some hidden gems of the city. Spending a couple of hours sitting a table drinking French champagne, people watching and just spending time to just be. Taking in the sights and sounds of the old town, Avignon quickly became my new favourite. 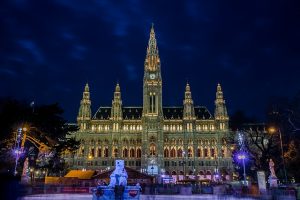