A Day in Macau Old Town 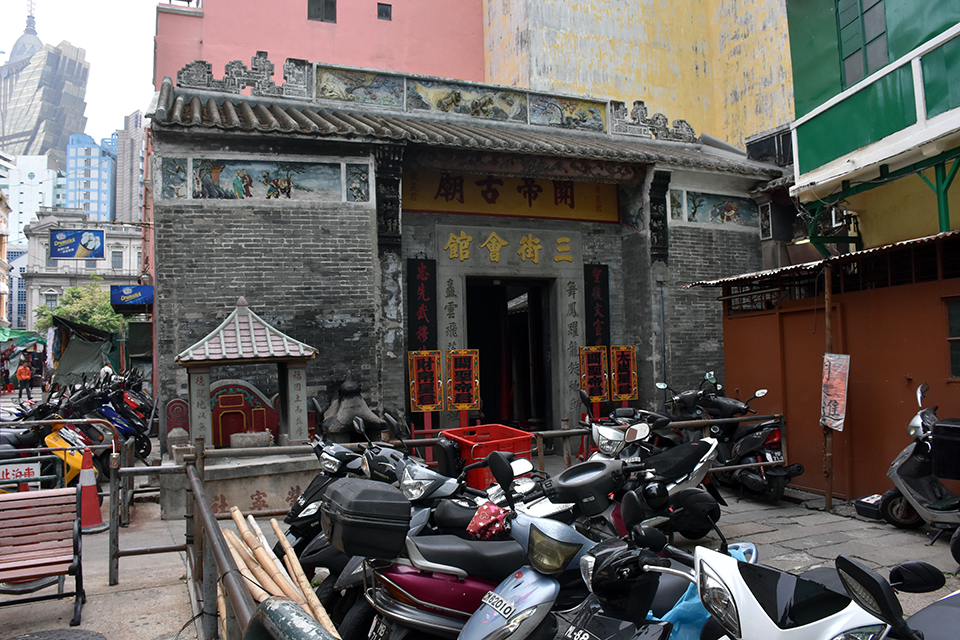 Setting out early, I boarded the high speed ferry to Macau from the China Ferry Terminal in Hong Kong. I had long been looking forward to this day and as soon as the boat took off, I could hardly contain my excitement.  Macau is well known as an international destination for it’s casino’s and the famous Macau Formula 1 car race, but for me it was the Old Town that had sparked my interest. What I was to find was some of the best things to do in Macau. 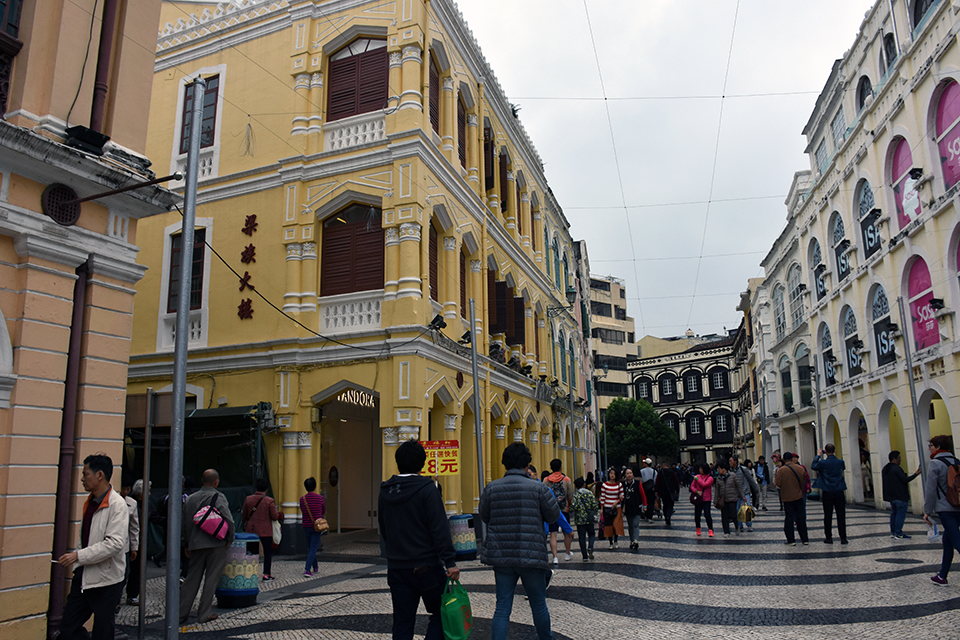 Although the day was a bit drab and overcast, the ferry ride which only took about an hour was comfortable and not too crowded.  I was soon disembarking at the Macau Outer Ferry Terminal and made my way easily through Macau’s customs and border control.   Macau is a Special Administrative Territory of China and there is no need to get a visa prior to arrival for citizens from 66 countries (check before to see if your country is on the list). 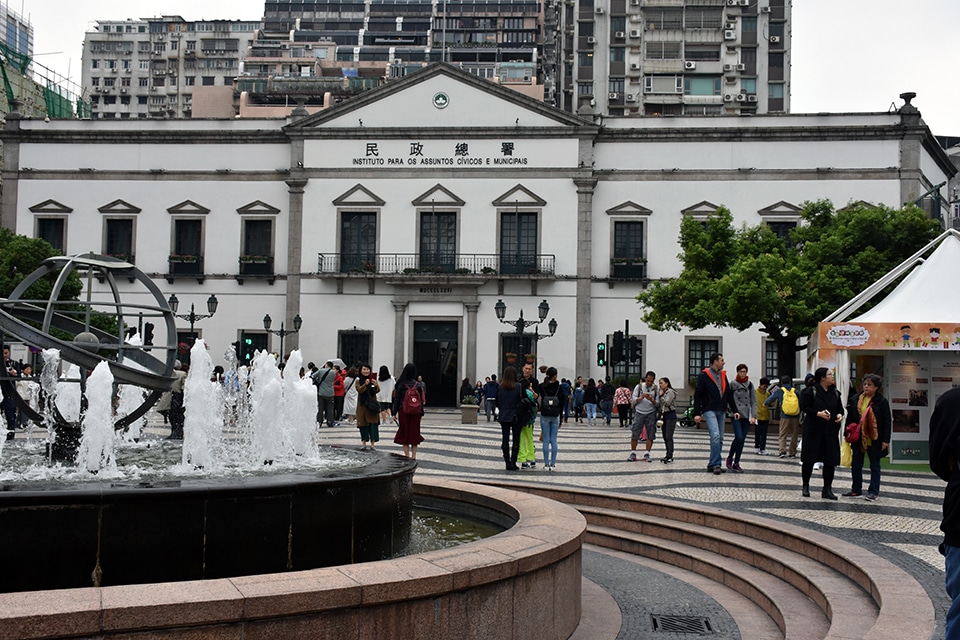 Just outside I found the Number 3 bus that would take me to the Largo do Senado (Senado Square), and part of Macau’s  UNESCO Historic World Heritage Site.  Senado Square is lined with beautiful old european styled buildings and it’s easy to feel as if you had just landed in Portugal.  As it was still early, the Square was almost empty of people and I was able to take time to soak in the atmosphere of this amazing place. 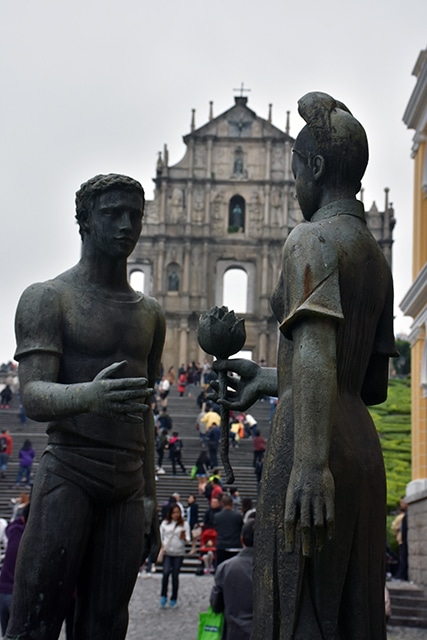 From Senado Square, I set out to find the Ruins of St. Paul is the site of St. Paul Church.  There are plenty of signs to show you your way around in Macau and everything is easy to find.  Along the way I took a sneak peak at some of the laneways of Macau, that host a variety of shops and interesting places to eat.

Construction of St. Paul’s Church Macau commenced in 1602, but tragically it was burned down in 1835, leaving only the facade of the building.  Original carvings and statues that represent the beginnings of the Catholic Church in Asia still remain in the facade of the building. Statues of the Virgin Mary are positioned alongside carvings of a Chinese Dragon, showing the juxtaposition of two cultures; East and West. Tourists flock to the site and there were plenty of selfies being taken while I was there.  It was not at all crowded at the back of the facade which now houses a museum and crypts of Japanese and Vietnamese martyrs.  Just a few steps away from the ruins you can easily find places where you can spend some alone time without the crowds of people. 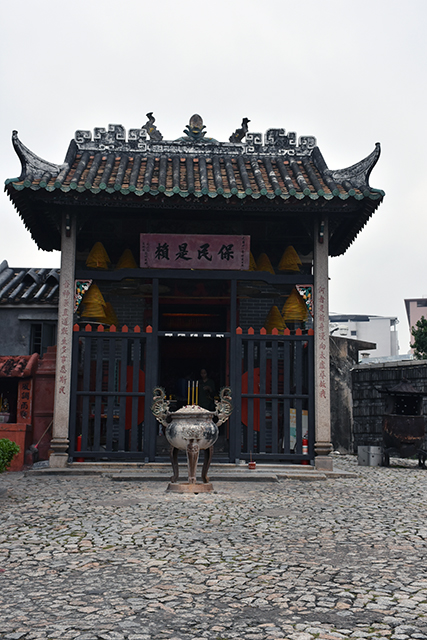 Venturing away from the ruins, I found a little Buddhist temple and little streets where people live their daily lives in Macau.  Soon I found myself finding the real Macau.

A stroll up the hill from the Ruins of St Paul, you will find the Monte Fort, a World Heritage listed site.  Monte Fort was built by the Jesuits between 1617 and 1626, it is well preserved and now houses the Museum of Macau.  But more than this the climb to the top will afford you great views over the city and over the Ruins of St. Paul.  You will catch glimpes of the lives of everyday people from th 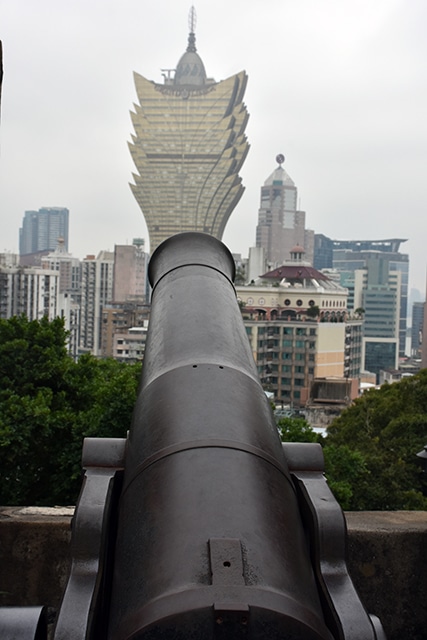 During the afternoon, I spent some getting lost time and wandered the streets of the Old Town.  Walking the narrow streets it’s easy to see how people live their daily lives in Macau.  Washing hangs out from windows and many people live their lives in housing that would seem to outsiders as old and cramped.  Dispite this the locals are friendly and always willing to give you a smile or stop to have a litte chat. 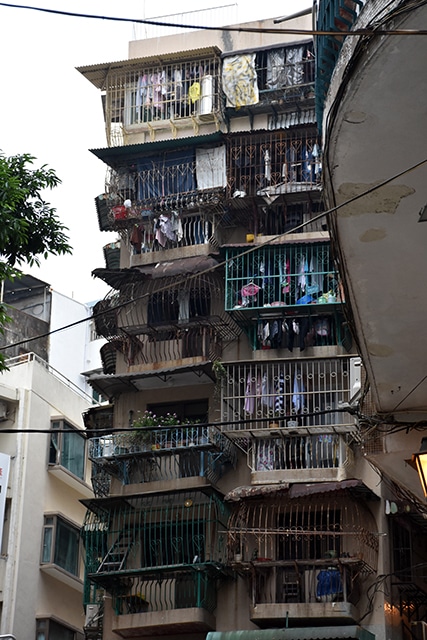 As the afternoon drew to a close I made my way back to Senado Square and back to the Number 3 Bus back to the ferry terminal for my return to Hong Kong.   I had the overwhelming feeling that I had visited a truly remarkable place, filled with history and stories of the combining of cultures.  I also wished I had more time to spend in Macau.

Macau is a great place to travel as a Solo Female Traveller. It’s safe and most people speak English.  Local buses are a great way to get around, extremely cheap and easy to navigate. A great day trip from Hong Kong.

Why not check out Macau for yourself? 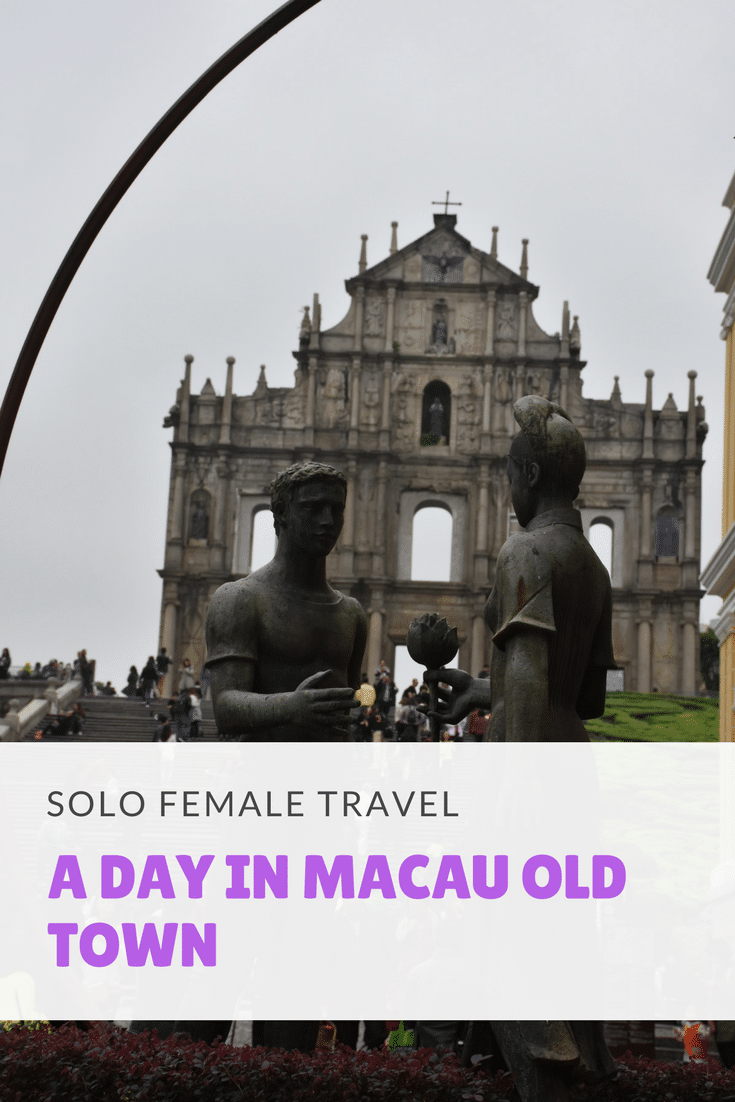